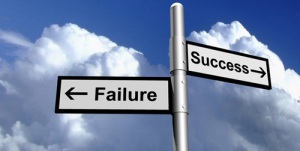 I always wondered what is the difference between success and failure, why some win and some others loose.

I’ve recently assisted to a paintball game where one of the teams had a wonderful strategy.  It was superbly implemented and followed until the end when the enemy flag was captured.  After this game, the strategy was shared with another team, but despite all details and advices they got, they lost the game. I was part of the first team that won the match so I was able to be in the middle of the action and to watch the following match and how the second team played against their enemies.

What made the difference on both games was the Execution.  Not the skills nor the luck.

While the first team executed the strategy really well, the second team didn’t.  This was the moment I realized the importance of the execution in everything we do.

A good strategy with a good execution is the key to success in everything.

Execution however is infinite more important than anything else. The success could be achieved even with a not-so-good strategy but with an excellent execution vs. a team with a good strategy but not a good execution.

Execution is the key in everything we do in our life or in our work.

Product updates and news on recruitment

Stay connected with us